Master Hyung Kim is a 7th Degree Black Belt and has over 40 years experience in multiple forms of Martial Arts including Hapkido and Tae Kwon Do. He has been teaching for over 20 years. He also has vast experiences teaching in many other areas of Self Defense: His accomplishments include various National Titles: Master Hyung’s mission is to provide the highest quality martial arts instruction and to empower his students with valuable skills for daily life. His motto is “if he can and she can, then I can.” 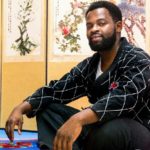 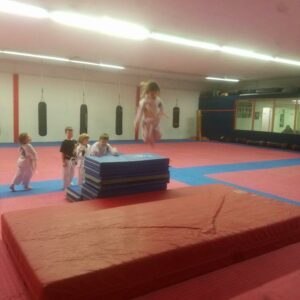 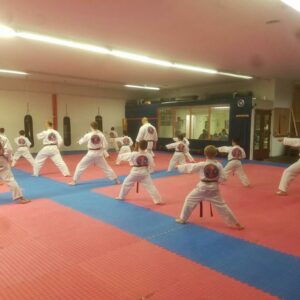 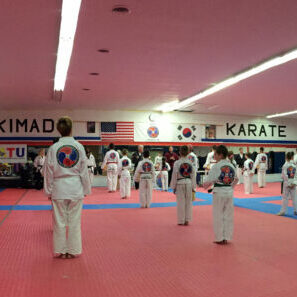 ADULT/BLACK BELTS
This class is for all Adults (teens and up) and any Black Belt students. 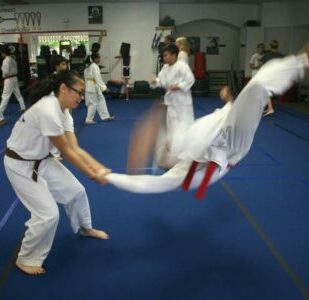 HAPKIDO
Hapkido is for people of all ages and both genders. Great strength is not required. Our classes offer a complete training program that will develop the core, increase flexibility, increase strength and increase mental focus. 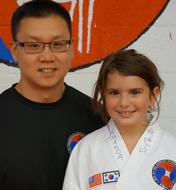 “Our daughter, Amanda, has come to LOVE everything about martial arts. So much that she did a demonstration for her school talent show. She had so much confidence and was so proud of herself! We know this is a reflection of what KIMADO has taught her about believing in yourself. Master Hyung and his wife, Sue, have made our whole family feel welcome since the moment we walked through the door. We have come to value our KIMADO family and don’t know what we would do without them!” 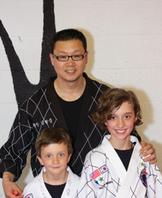 “We were welcomed into the school with open and nurturing arms and we never looked back. Six years later we have not one but two of our children learning with a diverse group of learners from different families and backgrounds. We have one more son waiting in the wings so we will be here with KIMADO Karate, our home away form home, for many more years to come!” 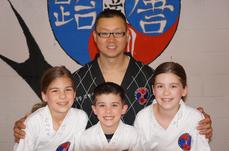 “Our three oldest children have been attending classes at KIMADO for a year and a half. They have learned new skills, gained confidence and treat others with more respect outside of karate. The family atmosphere created by Master Hyung and his wife is wonderful. We look forward to our youngest starting soon!”

“Our girls have been attending KIMADO for several years. Master Hyung and everyone at KIMADO have become like part of our extended family. The school is so much more than just a place for my kids to learn karate. They have grown both emotionally and physically and have learned very important values such as respect, strength, gratitude and compassion. We plan to raise 4 tough female Black Belts through KIMADO!” 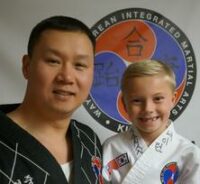 “Our son Nathan started at KIMADO over a year ago. His development of karate skills, belt level achievements and self-confidence have been so rewarding for him and our family. We look forward to our continued relationship with the KIMADO family, as it has been a great success!” 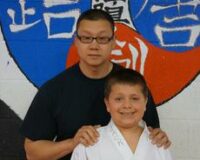 “Our son, Jack Bosak, started at KIMADO almost 4 years ago. We wanted Jack to learn self-control, increased coordination and have a form of routine exercise. Our experience at KIMADO with Master Hyung has been irreplaceable. He takes extra time to ensure every child is learning, enjoying and getting the most our of their experience. You can go every day and the lessons never lose their appeal. We are so happy with KIMADO and what it has done for our son!”